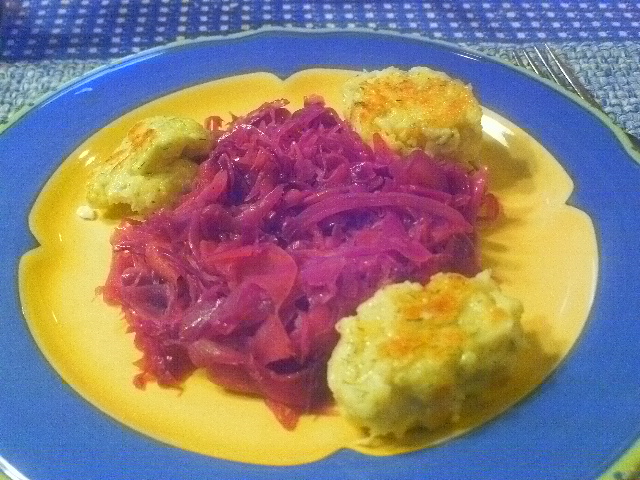 Cook with the food on hand, that's my motto. So, here's what was hanging around from last weeks share on the day before the new share was due to be picked up:
a little more than 1/2 a small head of red cabbage
1/2 a large white onion
2 summer apples (actually left from a couple of weeks ago)
What to do...
I used a slightly modified version of Mollie Katzen's Sweet & Tart Cabbage with Cottage Cheese Dumplings from her Still Life With Menu Cookbook. 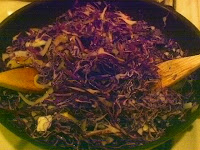 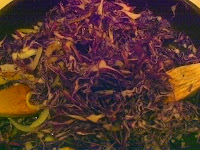 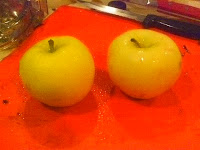 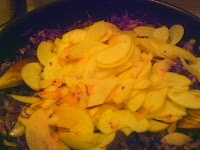 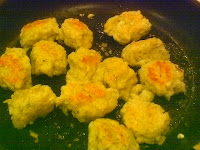 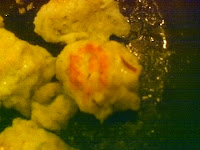 And the finished dish... 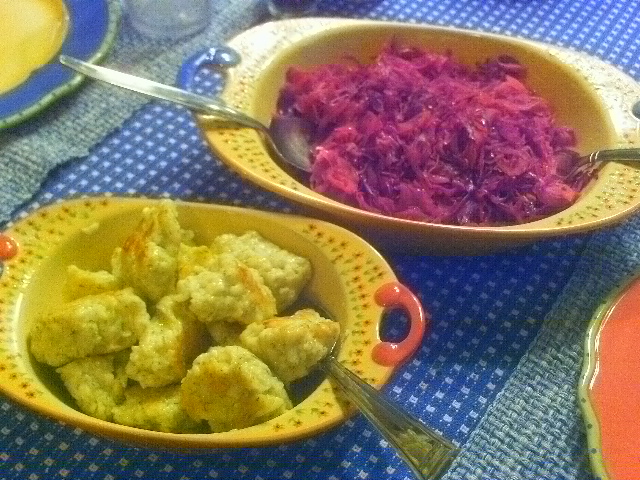