Vegetable Lasagna
I had some organic zucchini  and spinach and a container of organic Ricotta cheese, and a box of no-bake lasagna noodles left over from Thanksgiving because I bought two boxes and only needed one. So here's what I did.
I sliced 2 zucchini into rounds, sliced a couple of carrots on the diagonal and sauteed them in about a teaspoon of olive oil till they were getting tender, then added about 3 cups of baby spinach and cooked until that was nicely wilted. 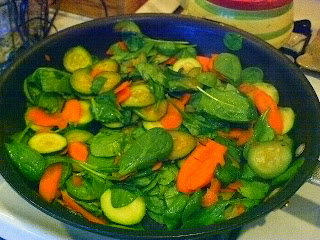 I used sauce from a jar - Jersey Fresh. I covered the bottom of the dish with sauce. I used a dish that was quite a bit bigger than the noodles - as directed on the box - and the noodles expanded to fill the dish-and cooked up nice and soft. 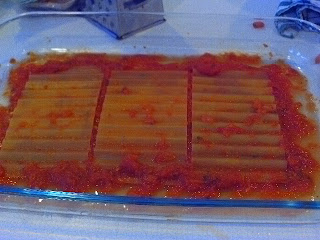 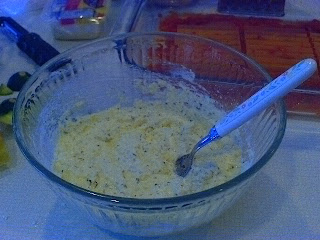 I grated some Parmesan and an 8 oz block of mozzarrella cheese (part-skim). 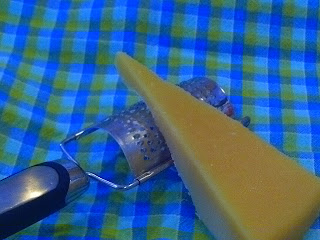 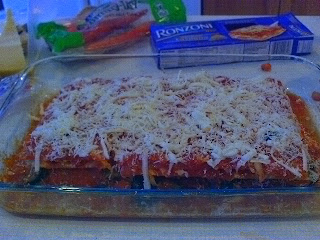 I baked it - covered with foil (I spray the inside of the foil with olive oil cooking spray so it doesn't stick to the cheese) at 350F for 30 minutes, then removed the foil and baked another 15 minutes.
The vegetable mix was good - the result was very tasty.
Posted by Karen at 4:32 PM