There are so many delicious things you can do with fresh spinach. This was a quick supper with eggs, kind of a fritatta. I used one bunch of spinach from the CSA box. 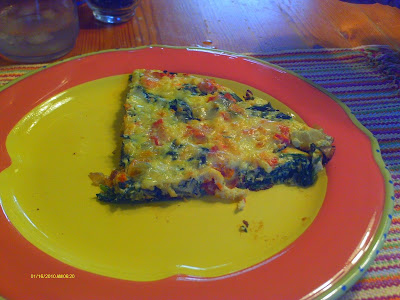 Wash the spinach well, especially if it just came from the farm market or the CSA box and still has dirt and sand clinging to it.. I usually put it in a big bowl of water, push it around gently, lift it out of the water into a collander, dump the water (and the sand and dirt) - or use it to water the plants, then repeat that process two more times or until there is no more dirt in the bottom of the bowl when I remove the spinach.

Chop the spinach bu piling up the leaves, slicing them into strips one way and then slicing the other way to cup those strips into pieces. 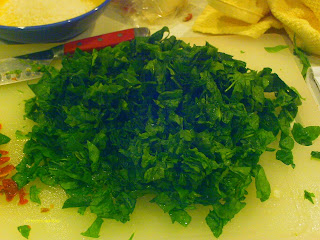 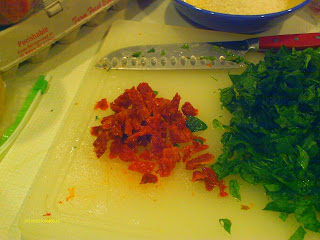 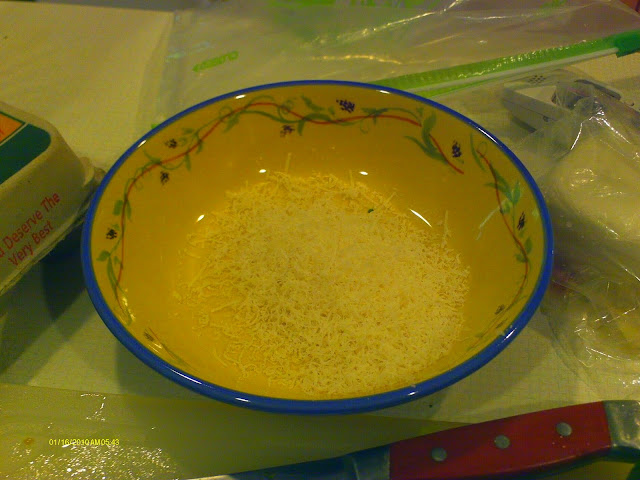 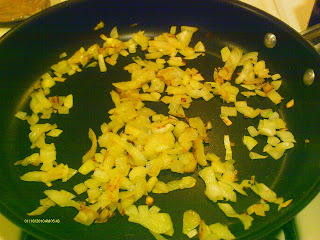 I beat 6 eggs with a little soy milk, then poured them into the ovenproof saute pan 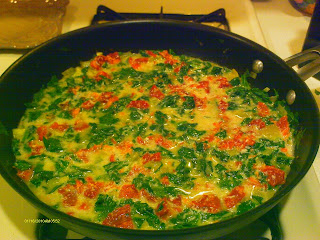 I cooked the fritatta on top of the stove until it was almost set, then sprinkled the mozerella and Parmesean cheese on top and popped it into a 400 degree oven just until the top browned 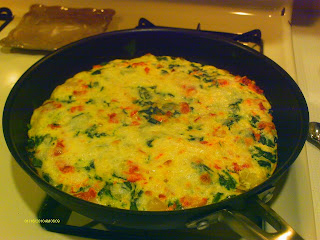 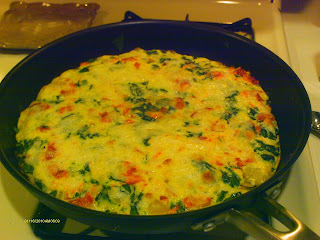